My oh my.
There I was bumming around the house feeling rather like a bar sponge that's been used to clean the ashtrays, after soaking up all the spilt alcoholic beverages throughout the course of the night.
I'd just managed to detox enough to start making coherent and intelligible attempts at communication, when Princess Strawberry rang and wanted to know if I was up for a bit of foreplay.
It took a little while for my poor brain to work out what the hell she was on about, as it was devoting most of its resources on keeping my battered and abused body just ticking over.
Apparently Fourplay, the band, were to play at the East Brunswick Hotel that very night.
So after laboriously transforming myself into some something that would pass off as socially presentable and prevent the police from locking me up for vagrancy, I made my way to the pub for some much needed hair of the dog.
Fourplay were absolutely awesome!
A bunch of really consummate string players, who really knew how to have a good time with music.
Photographically, it was one of the hardest gigs I've shot as not only were the lights fairly dark, but the bloody musos kept moving around and stuff, like some kind of rockers.
Not what the average person would expect form a string quartet. 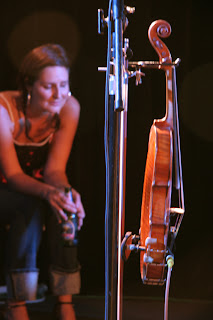 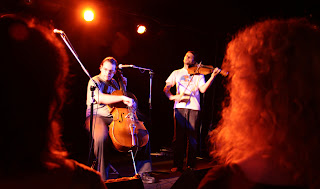 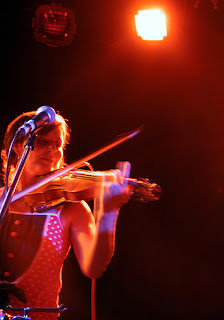 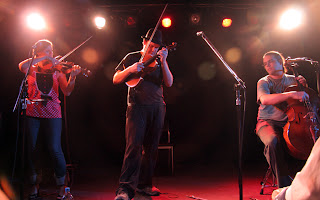 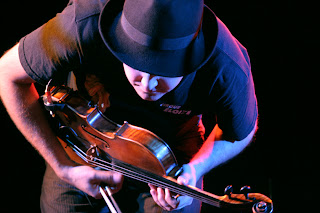 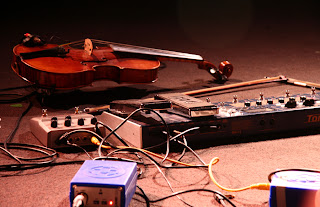 Sunday was to be another music filled day as the Cherry Bar was having a fundraiser for a statue of Bon Scott to be erected in Fremantle, the resting place of one of Australia's rock icons.
On the bill were The Spazzys ( no link as I really don't think much of them, if you want to know more then google them yourself :p ), The Devilrock Four and The Angels.
I made my way down to the Cherry Bar via Federation Square, more out of curiosity than anything else.
Up on the stage there was a Bollywood performance, or some such thing.
It was interesting for a few minutes and gave me a chance to reel off some snaps. 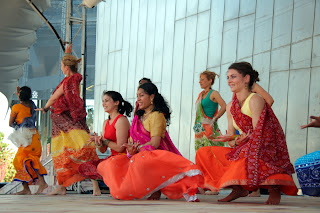 I eventually made my way to the venue and was pleasantly surprised to find out that The Spazzys were replaced by another band, due to one of their members having fractured an arm.
They were replaced by Black Guns, who like The Devilrock Four had an old school rock style, very much appropriate for the occasion and the headliners they were supporting.
Both of these bands were like a soundtrack to a time warp going back 20 or 30 years.
Lots of big hair, cock rock guitar, face and pose pulling, climbing of PA gear, etc.
I'm sure you get the picture.
I did however notice a distinct lack of flannies and denim jackets in the audience, although there were a few wife beater blue Bonds singlets and the odd mullet present. 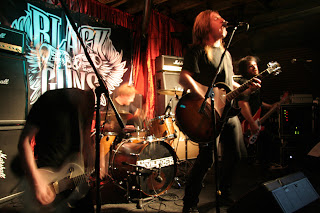 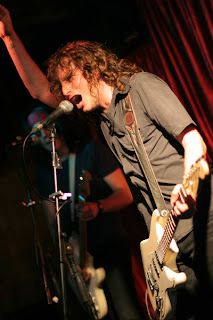 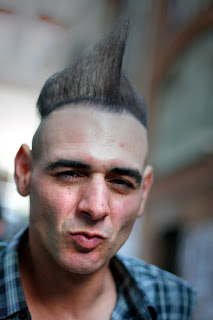 One of the punters, notice how his immaculate Sydney Opera House hair still stands in the gusting winds that blew up to 100km/h in Victoria that day, enough to make the holes in my crutches whistle harmonics.

After a quick barbecue put on for the punters and bands The Angels finally came on.
What can I say but shame, shame, shame on the many bands in Melbourne, which persist in presenting their shoe gazing mediocrity as live music.
The Angels were minus front man Doc Neeson due to a split a few years ago, but none the less still put on a deadly, tight and professional show.
Good to see after all these years they still know how to rock the roof off the joint.
Mind you, they tended to move around a lot less than a certain string quartet, which despite the atrocious lighting made them much easier to photograph. 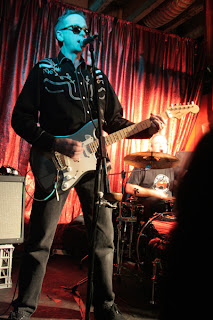 Rick Brewster, whose pose on stage hasn't changed since about 1975. 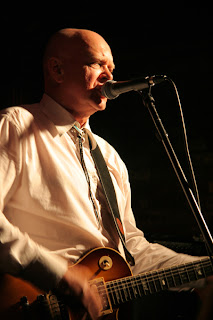 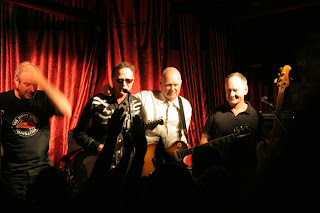 After all the excitement I plodded off to 'the place that sells bad beer' to recover.
Whilst waiting for the tram I noticed a fire truck, then a second one, turn up outside.
There was a bunch of chaps waving it down next to their crappy old van.
Now, I thought that it might have had an LP gas leak or something, but then it drove away leaving a couple of blokes behind.
Eventually the firemen started pulling up one of the drain grates and to my surprise one of the chaps got into the drain.
I couldn't think of what could be so important that the fire brigade had to be involved, or maybe it was a new training program to send African migrants in to the drains á la canaries in the coal mines.
After pulling up most of what the drain had to offer the purpose of their fossicking became evident.
A mobile phone.
Yup. 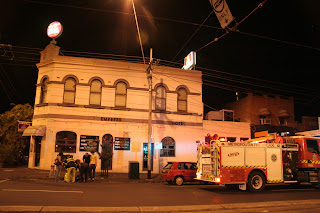 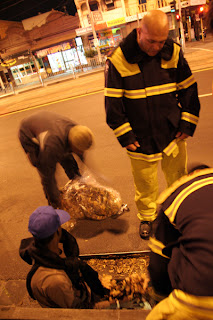